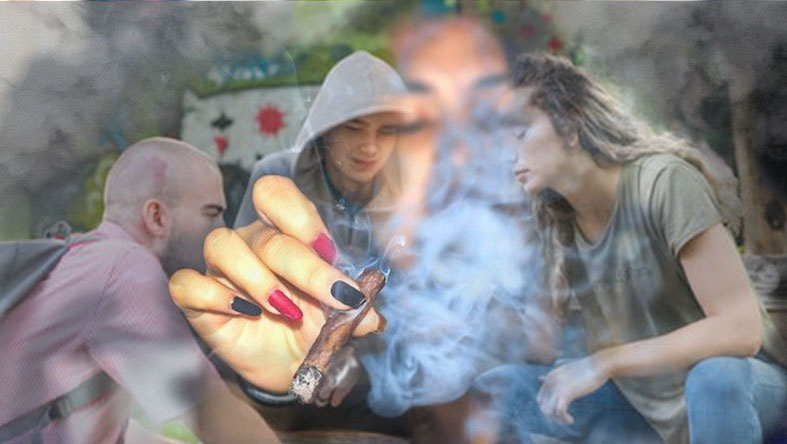 Some people love smoking with their friends, but a lot of people prefer smoking alone. There’s no exact percentage on which people prefer more because nobody has really spoken about it, so what’s the difference?

When you smoke alone you get to smoke as much weed as you want without sharing, get higher alone than in a group, listen to whatever music you want, watch any show, relax, pig out, take a nap, go for a walk, and so on without anyone judging you. Basically when you smoke alone, you really get to do whatever you want. It’s great because you’re not worrying about others and you’re just on your own time doing you and chilling out.

The major downside about smoking up alone is that it gets lonely. It’s so nice and relaxing to smoke a joint after a busy day at work, but other times you just want some company. On long days, you just smoke up out of boredom and then fall asleep; that could eventually burn a whole in your wallet. Some people get sad if they smoke alone or really lazy, and so that’s why they’d prefer to smoke socially.

Close up of inhaling from an electronic cigarette.

When you smoke up with a group of friends, you get to laugh way more, trip out with somebody, or just have good conversation. You also get to share weed, so you’re not just smoking your own bud. If you lost your lighter or forgot it, then there’s a higher chance somebody in your group has a spare on them. Socially smoking is actually what most people like to do rather than smoking alone which is great for their mental health and is less expensive in the long run.

However, sometimes smoking up with a group can get annoying because there could be some people who get paranoid, loud, obnoxious, overly talkative, and so on. There could be one person who just assumes they can smoke up with you even if they don’t add some bud to the mix, rude. The cycle sucks with a big group because you only get the joint about 2 or 3 times if you’re lucky, someone might hold on to the joint for a long time, the joint might just disappear, or you just don’t get as high in a group as much as you would alone.

It really depends on you and how you are when you’re stoned. Sometimes your mood wants some good company and other times it just wants to sit on the couch with a funny show and Cheetos. Everyone is different when it comes down to it, so what do you prefer; smoking up alone or with others?