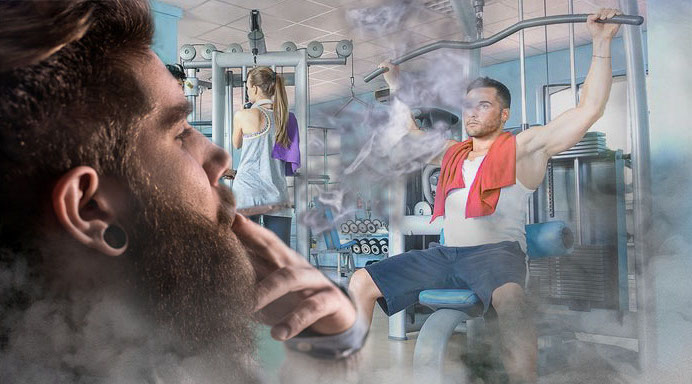 Stoners have been known as the laziest people who are basically just couch potatoes, but as time progresses, so do stoners. A test correlating exercise and marijuana was done on 600 US citizens and about 80% of the test subjects actually prefer to get high before and/or after a workout. Introducing cannabis to your workout is not considered a normal thing to prescribe, especially if you’re not a stoner or a gym-enthusiast, but if you know your way around the gym and cannabis, then why not give it a try!

What people don’t know is that a lot of athletes (retired and present) like to use marijuana before or after a workout and sometimes even during a game. Big athletes who are still playing prefer to keep their marijuana dosage private due to the fact that drugs and athletes don’t mix. Some athletes like Clifford Drusinsky who is an elite triathlete, likes to have a 20mg THC energy bar before his morning workout; another is Dee Dussault, a yoga teacher in San Francisco who came up with Ganja Yoga; professional skateboarder Bob Burnquist learned most of his tricks while high; weight-lifter Tyler Browne enjoys vaping before any heavy-lifting and a nice edible once he’s done. So, why do athletes ingest marijuana prior to a work out and is it healthy?

Getting high has its ups and downs especially before doing an activity; you never want to dive straight into something you don’t know much about. A lot of athletes or gym rats that include THC in their diet or exercise usually know just how much dosage they need for their energy boost, but they never want to overdo it because they don’t want to be passed out on a treadmill or be doing anything unusual in public. The main reason why people enjoy some THC before a workout is because it clears their mind and helps them focus on a task, especially any repetitive tasks. For example, when they’re high and doing a tedious, but brainless activity; such as, punching a beanbag, cycling, running, or even weightlifting, their minds will only tend to focus on how fast their hands or legs are going, how their form looks or feels, how many times they hit the bag or how long they’ve been running. It’s amazing because it’ll motivate them to go faster and harder, so it really helps gym rats go that extra mile.

Some major advantages of getting high prior to a workout include being in less physical pain, it could possibly boost your metabolism and focus, it could soothe any sore muscles or help lessen any sore muscles the next day, helps soothe any discomfort or anxiety at the gym, can reduce any inflammation, can cause euphoria, and gives a clear mind-set that’ll help make working out more tolerable and fun. However, there are some disadvantages like overdoing the dosage so you’re just stoned; when you’re high your heartbeat increases as well as when you exercise, so it’s probably not a good idea for anyone with cardiovascular disease; nobody should be operating any heavy machinery while intoxicated, so it’s very important you know what you’re doing to avoid getting injured or injuring someone else; you could get the munchies, and you could get them bad; and finally, you could become uncoordinated and sloppy instead of motivated and focused.

In order to understand the effects marijuana has on working out, you have to understand the science behind THC in the body. Some people get something called a “Runner’s High” which is the feeling of being high except without any THC included. The part of our brain that gives us that adrenaline for a runner’s high is the same part that when exposed to THC, will give an even bigger and pleasant buzz and boost. They’ll simply think less and just be energized to work out more; plus, after pushing your limits, recovering from a workout while high is much quicker and less painful.

Some coaches or trainers might even prescribe medical marijuana to some of their clients, but only ones they’re mostly familiar with and know their regime and tolerance. Not all people are for mixing marijuana and exercising, mainly because when they think stoners, they just think smokers. Instead of burning your lungs prior to a work out, enjoy a nice edible, a puff from a vape, tinctures, beverages, or you could even get the same energy boost from CBD; if you’re too nervous about getting stoned and just passing out, it won’t have the same exact effect, but it will have a similar one without getting you intoxicated.

Whether or not you should get high before or after a workout is entirely up to you. If you’re feeling stuck at the gym, add a few THC milligrams to your workout and you might get that extra push, or you might get too high and push your workout to another day. Either way, make sure you do it right and do your research.